I was asked to do a video shoot for product advertisement by a friend a while back on Ma Wan, an island between Tsing Yi and Lantau. I'd never heard of it before, but when I looked it up on google was intrigued by a supposed 'abandoned village' on the island. So after sitting around wearing headphones and pretending to read an economics book for an hour (the easy money i've ever made, if anyone knows how one can pursue a career in this, please let me know!) I went and explored the island. It turned into a great day of exploring, we struggled to find to abandoned village for a while, first stumbling across a cemetery and a floating fishing village, before finally finding it.
We both felt that there was a really strange vibe about the whole island, from the large park island residential complex (something really creeps me out about these large residential complexes in Hong Kong), the bizarre Noah's Ark resort, the more local residential area which had been built for the residents who were evicted from the old village, and the old abandoned village itself. It was a strange mix of places, and there didn't seem to be many people around at all, the whole place felt a little like a ghost town.
Regardless, it's  a great island to do a bit of exploring and see yet another side to Hong Kong. Make sure you take a camera, there's some good photo opportunities, here are a few highlights from my pictures.. (i'm still taking pictures with my phone, I am going to invest in a decent camera soon)


The first wrong turn lead us to a cemetery with some beautiful panoramic views..
We also found this 'hell's bank note' with a 50000000 dollar value. We later found out is a form of Joss paper which is used in many Asian countries as burnt offerings to the deceased. 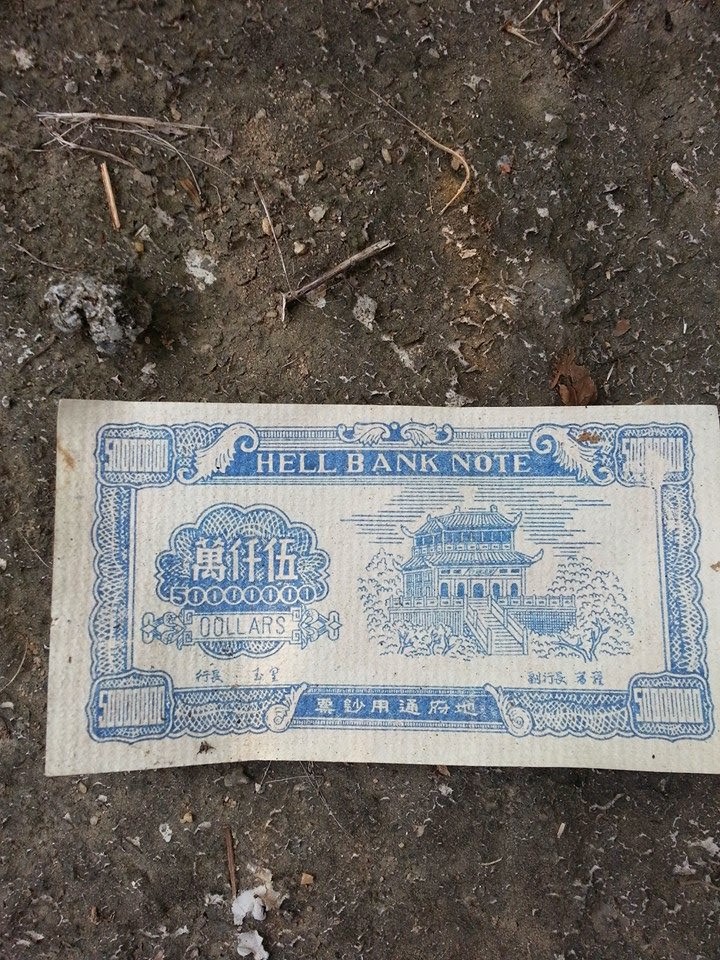 The next wrong turning we took lead us to this floating fishing village, the only place i've seen this before is in Tai O. The contrast between the fishing village and the skyscrapers in the background is really quite dramatic, two very different sides to Hong Kong in one view. 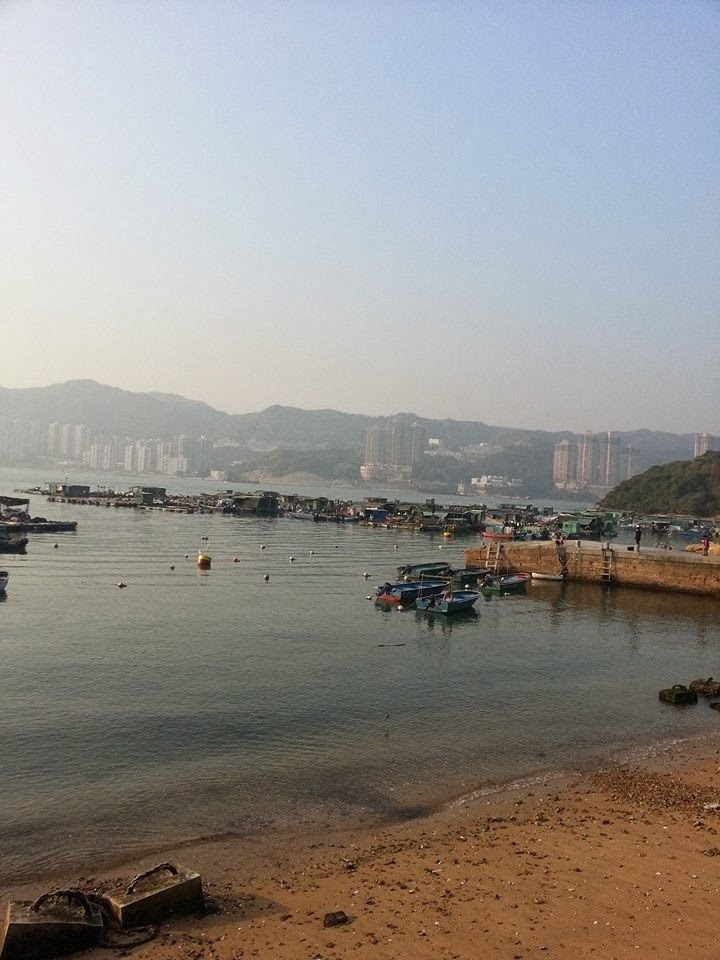 Then finally we found what we were looking for (although getting lost turned out pretty well in terms of things to see). Here are a few photograph's of the abandoned village.


You can walk around quite a few of the homes, there are quite a lot of belongings left behind and evidence the former life there. This drawing left underneath a staircase was particularly poignant. 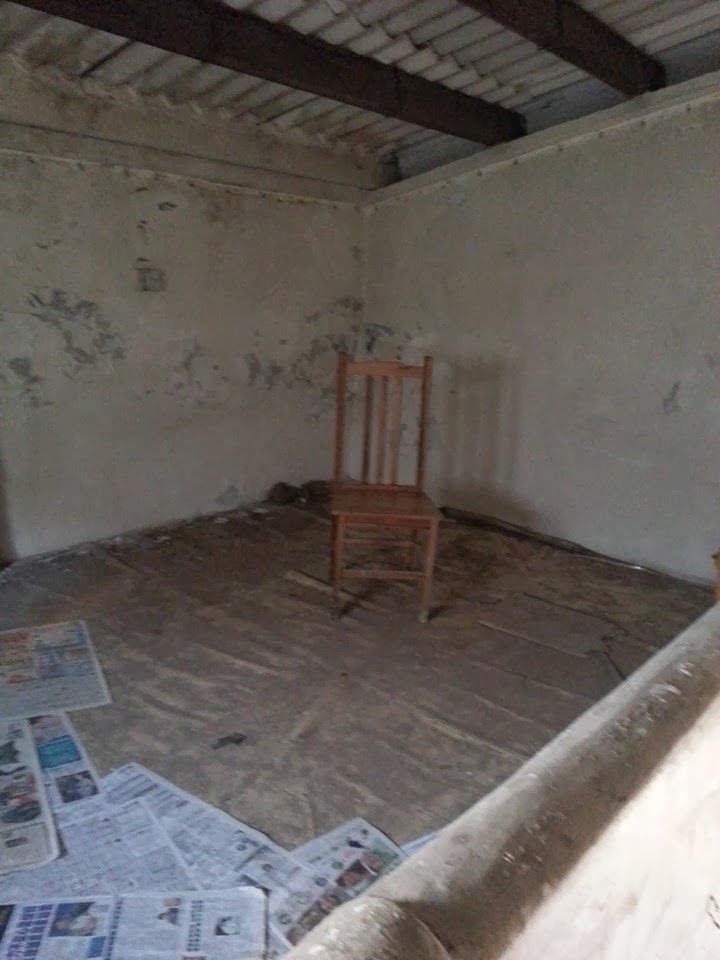 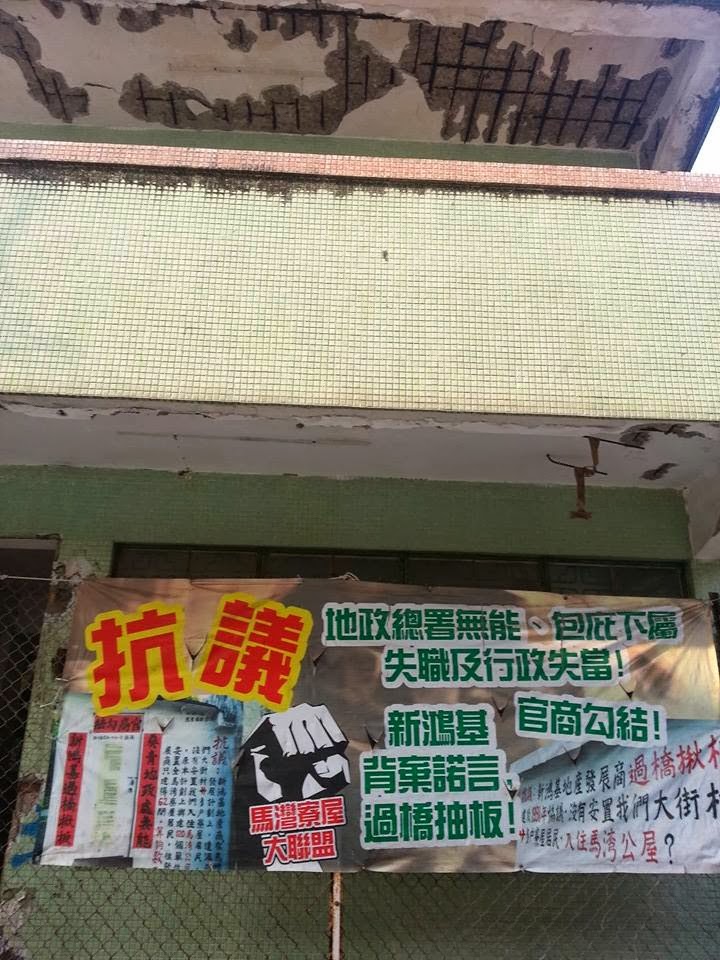 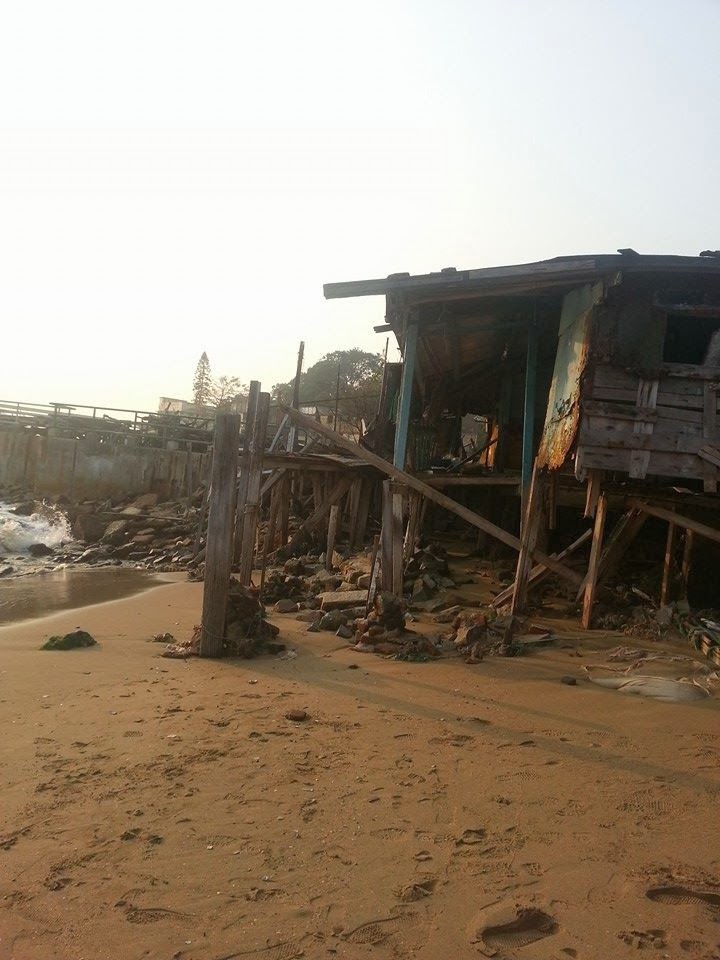 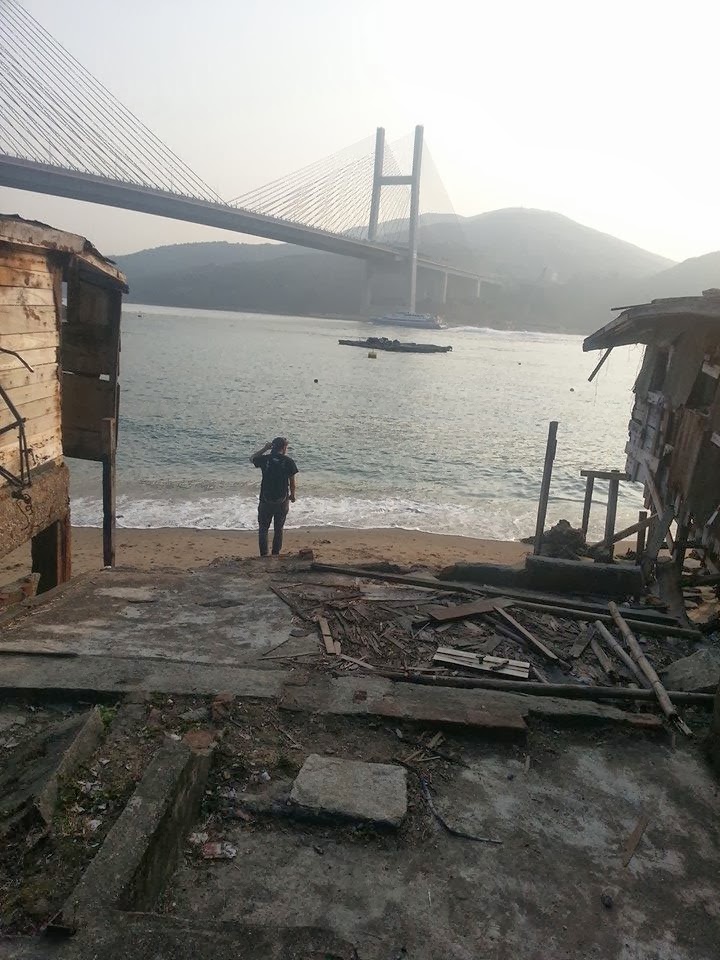 I'd read that there are still squatters in some of the houses, we saw a light on and a bit of movement in one of them. Very brave of them to live in the middle of an abandoned village with no electricity!
Posted by Anneka at 16:55