Egg waffles or gai daan jai (in cantonese) are probably as iconic in the Hong Kong street food scene as stinky tofu. For those of you who are not familiar, these waffles are super soft on the inside and crispy on the outside. They also look quite like a waffle version of bubble wrap! Egg waffles have always been one of my preferred Hong Kong street food delicacies (surprisingly, as i'm generally more of a savoury kind of girl) but I think I have found the best egg waffle yet!

I have to put this find down to Ben, he kept seeing people around TST with egg waffles in a red and white bag. The teacher's at his old school often used to bring him what he said were 'the best egg waffles ever' into his school in Aberdeen, but he never knew where they were got them from. So when he saw evidence of the same stall possibly lurking somewhere around in TST he insisted that we find it.

I wasn't overly excited at first, as much as I like the occasional egg waffle, I wouldn't go out of my way for one. However this egg waffle was a real game changer, kudos to Lee Kung Kee (aka North Point Egg Waffle) I now go there of my own accord to satisfy my egg waffle cravings! They've really got the whole crispy outside/ soft fluffy centre combination down to a tee. With a little condensed milk and peanut butter, they are just fantastic! The original stall is in North point (492 Kings Road) however there are a couple of branches around Hong Kong. Look for the red and white packet and this stall. 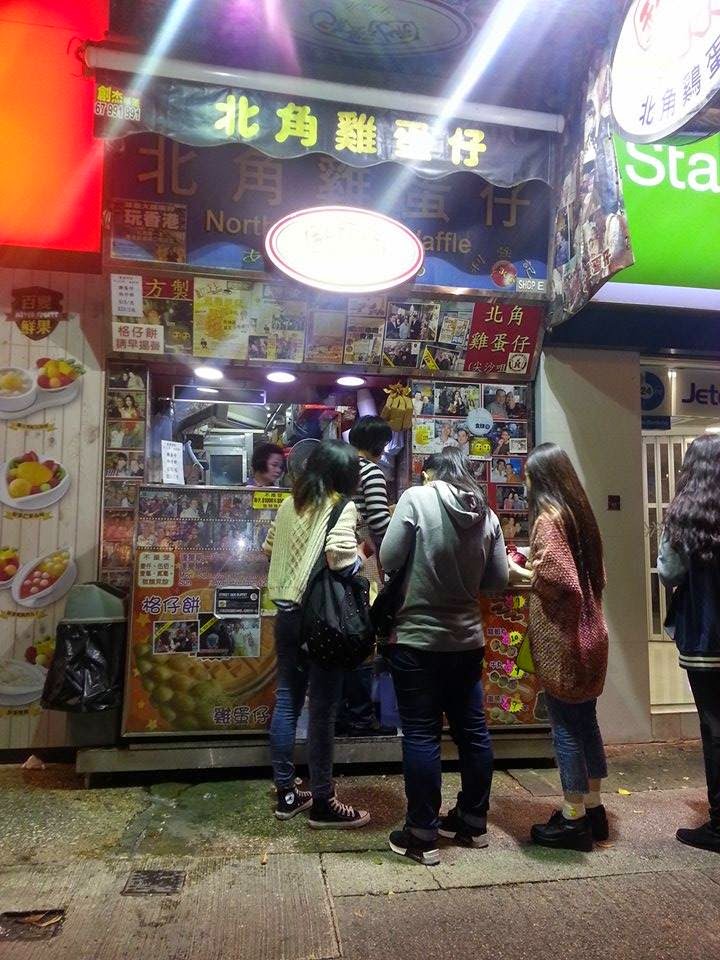 The one in TST can be found at 178 Nathan Road, cross the road from Kowloon Park and walk up towards Jordan for about two minutes and you'll be there. There is usually at least a small queue of people so it's easy to spot!

Note: Best eaten straight away, as time goes on they loose their wonderful soft/crispy consistency.